I haven't posted here in a long time as I've been off with an injury for a while. When I did some quick Google searches a couple of days ago, I found to my amazement that this blog shows up as the number 1 search result under "downwind SUP instruction" and "SUP downwind instruction". So I figured that maybe I should update the downwind instruction section of my blog. I just added 3 of the best downwind instruction videos made to date. If you practice the tips in these videos, you'll take your downwind paddling to the next level. Thanks very much to Clay Island, Chase Kosterlitz and Robert Stehlik! For a lot more tips, check out the Instruction section of my blog.

This is the route I do most often in a SW or NE wind. The reward for the upwind leg through Toronto Island is a downwind run that's almost 4km long. The entire paddle can be done in a little over an hour (a bit longer if the wind is strong since the upwind leg will take longer). And no car shuttle required! 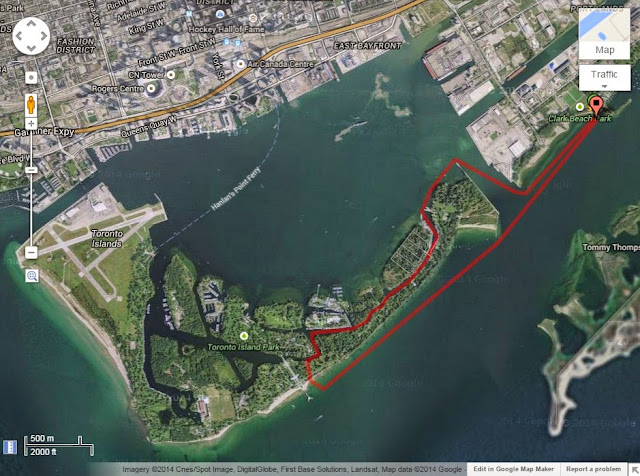 For a detailed breakdown of the route:
http://supdownwind.blogspot.ca/2014/11/the-downwind-run-i-do-most-often-is-out.html

You wouldn't think that there would be a good downwind route in Toronto in a NW wind - well there is! Gibraltar Point on Toronto Island offers an ideal target to shoot for in an offshore downwinder from anywhere from Sunnyside to Ontario Place.

Tracey, Antonio and I launched from Ontario Place and had a fun little downwind session. In offshore winds, the bumps start off small the build gradually until they form nicely groomed consistent waves. They end up easy to catch as a result, although they're also quite closely spaced so you don't build up as much speed as you would on larger waves. You do a lot of gliding though!

After rounding Gibraltar Point, we paddled to TWC in the wind shadow of Toronto Island, passing by Centre Island pier and the Eastern Gap before finishing at Cherry Beach.

If you want to see a longer version (7 minutes instead of 5) of the paddle showing some of the flat water portion including the Centre Island pier and the Eastern Gap, then here it is. The new content starts just after the 6 minute mark:

It was a rare October day that was hot, mostly sunny and very windy - an unexpected downwinder gift! Winds were 25-30mph from the SW, perfect for a run from Lakeside Park near Southdown Road to Colonel Samuel Smith Park. Great conditions for a downwinder.

Here's my GPS trace (yes, I did go in too early at the pier before realizing I wasn't done yet): 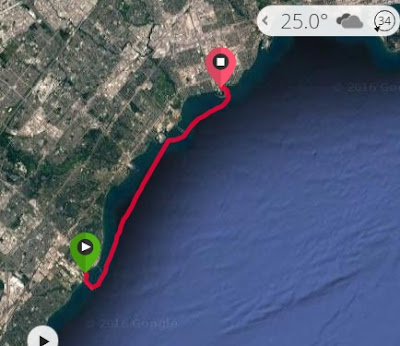 I put a camera on Antonio's board as well and got some video of him (sorry about the video stuttering):

First Downwinder of 2016: Oct. 1 with Tracey and Antonio

There was a solid east wind blowing for a while before we launched, but it died down to 15mph, gusting to 25mph by the time we got on the water. There were still bigger bumps from the stronger wind though. Route was from TWC to Humber Bay. Fun day! Made me realize how much I had missed downwinders. Downwind season is here though, so hoping we get some more in this fall. 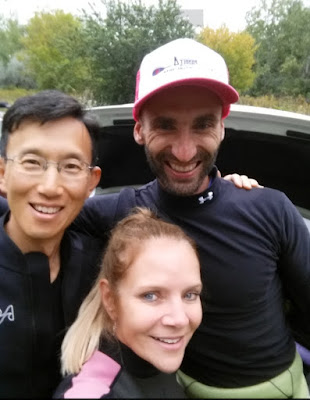 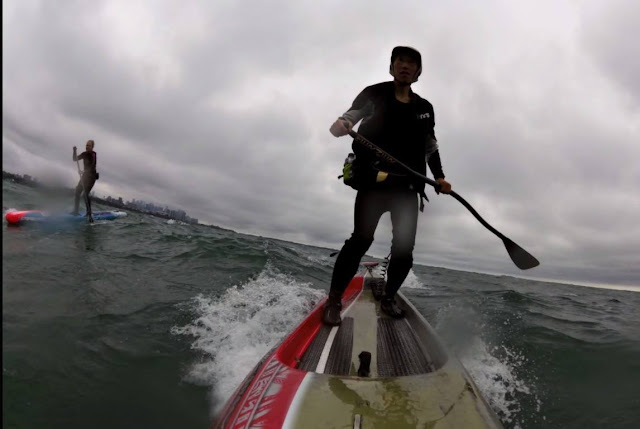 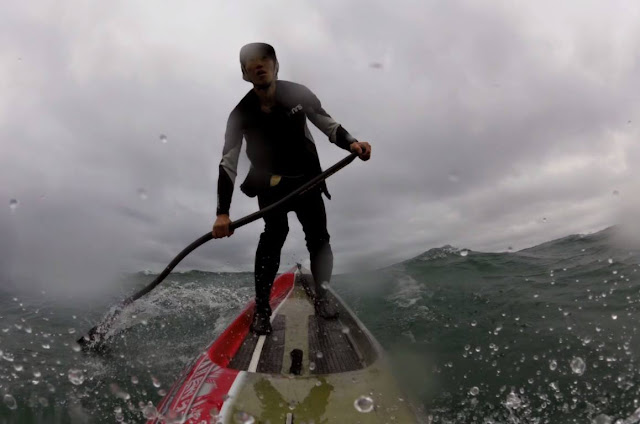 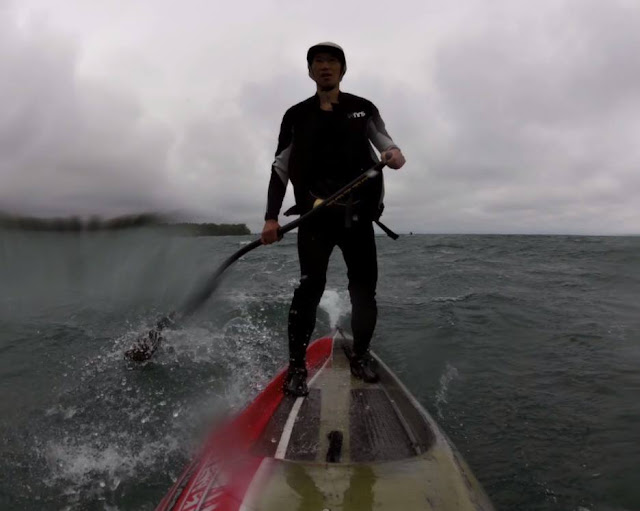 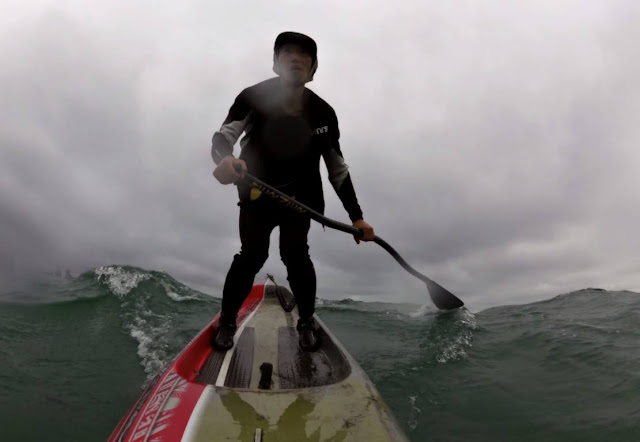 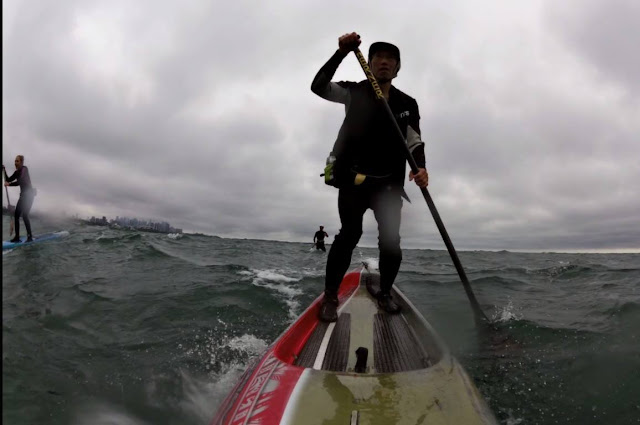 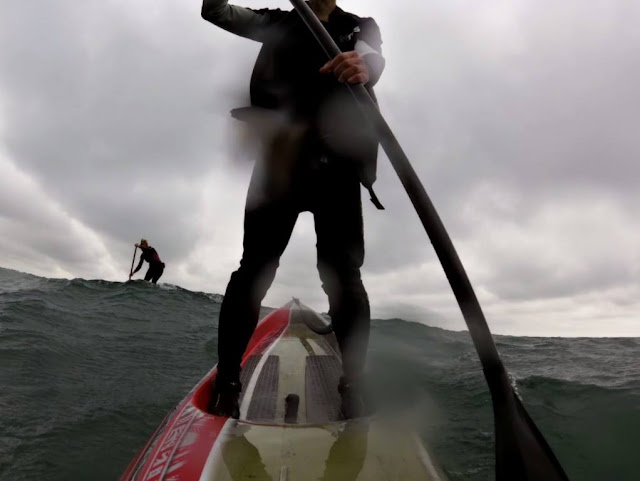 Argosi
My home base for SUP is the Toronto Windsurfing Club at Cherry Beach.